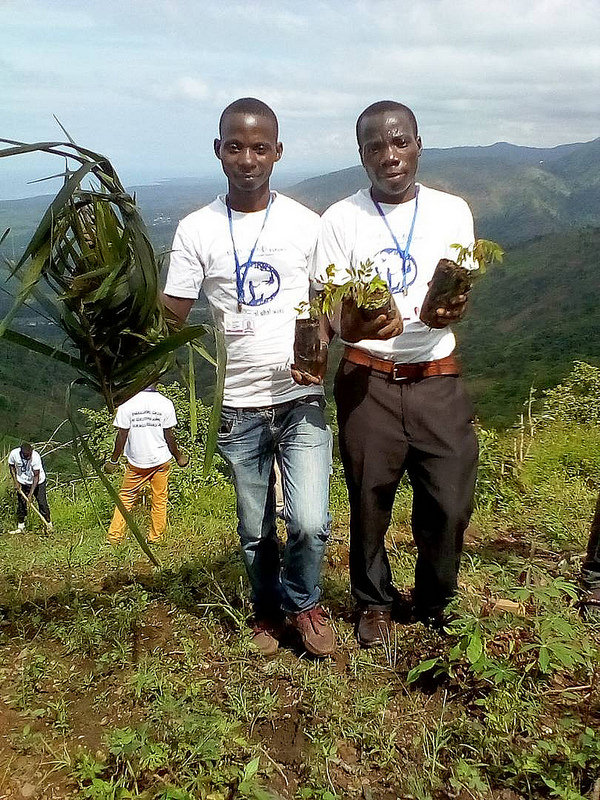 Chimpanzee population suffer the loss of their natural habitat

Burundi is a small country that has seen its chimpanzee population decrease dramatically over the recent decades. Main reasons are the recurrent conflicts in the region seeing the already fragile human populations displaced across borders, thus exerting more pressure on the environment. Flora and fauna have suffered the effects of large-scale deforestation over recent decades, and many species of animals have been intensively poached. What remains of the primary forest is divided into small islands where some species struggle to survive.

Burundi’s chimpanzee population also suffers directly from excessive pressure on the environment through the loss of its habitat and the conflicts with the local populations that result. The reforestation of the country benefits both chimpanzees and humans alike. Planting trees on the bare hills also aim at protecting the watersheds and avoiding soil erosion.

The young Roots & Shoots members of Burundi are working to connect forest islands by planting corridors of fruit trees. Chimpanzees love fruit, so these corridors provide food and a restored habitat. They also facilitate primate migration and genetic diversity in the nature reserve.

To date, the joint action of Roots & Shoots Belgium and Burundi has already resulted in the creation of several nurseries and aquaculture ponds, as well as the establishment of spokespeople for groups of former soldiers and concrete support for schools in environmental education programmes.

As most websites our website uses cookies for various features. We hope you agree with it - if not, please feel free to disable the cookies in your browser.OkCookies